Of all the acoustic piano technologies and innovations that we’ve introduced into our digital products, perhaps the most important is the soundboard – a real, ribbed Spruce soundboard that is included in our flagship Concert Artist model, and which brings the art and science of digital piano design closer than ever to the acoustic instruments that inspire them.

But – why? What’s the purpose in having a soundboard in a digital piano? It helps to think about what a soundboard actually does in a grand or upright: it acts as a big speaker. When you press a key and its hammer swings up to strike the strings, those strings vibrate, hundreds or even thousands of times per second. The vibrations travel through the hardwood bridge to the soundboard, which then itself vibrates: it is the air coming off the soundboard that we ultimately discern as sound.

The concept, for digital pianos, is the same, but a couple of the components are different. Where an acoustic piano has strings, a digital has wires and circuit boards to carry the sound electrically; where an acoustic has a bridge, the Concert Artist has a pair of powerful Onkyo transducers to transmit the physical vibrations to the soundboard. 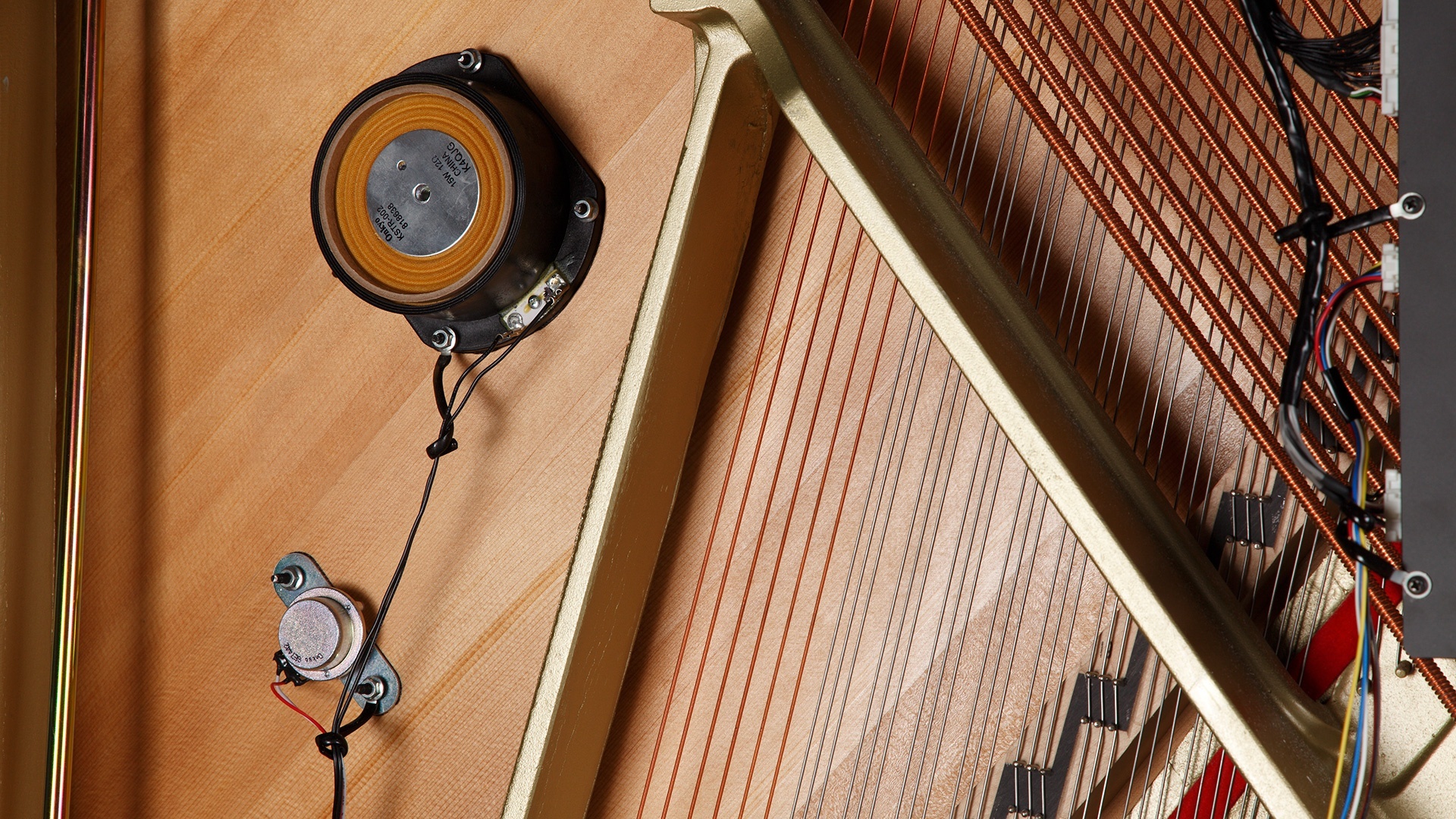 From there, it’s all the same: the soundboard vibrates, air hits our ear drums and we hear it as sound. As music, if we’re any good!
It’s an astonishing achievement, and one that adds a real warmth and richness to the Kawai sound. As a speaking medium, timber has a depth of character that just can’t be matched by other materials – that’s why we use carbon fibre wippens in our grands, but the soundboards are still good old fashioned wood – and we’re very proud of our ability to bring that character to our digital customers with such uncompromising clarity. Get into a retailer and hear it for yourself!